No new blog today, its officially a bank holiday and I’m enjoying the sun 🙂 I did make sure not to leave my readers empty handed. A bunch of my blogs got a little bit outdated, so I decided to update them.

The following blogs have been updated:

Also I’ve solved some html encoding issues with the Faster Partner Portal blog. I added the read-only MFA portal so its easier to find out which user has enabled and which not

The easier to read and automatic downloading of the audit logs has also been updated.

Since Microsoft decided to change the names for Office, I’ve updated the blog to monitor and install office C2R updates. My friend Stan was kind of enough to share all the possible URL’s and names with me.

I’ve also updated the Dell DCU blog so it downloads the latest version from Dell itself, instead of having to create a ZIP file, for some extra ease of use.

The script about monitoring and deploying the client based VPNs has also been updated to allow more types of VPN to be deployed.

After some troubeshooting my friend Isaac found that somehow I copy and pasted some blogs into each other for the WOL enablement and monitoring scripts. We’ve fixed that and the current version also improved on the detection.

So a bunch of the documentation blogs have had minor updates. I think its easiest if you use the documentation scripts to grab the latest update by browsing the category. Even the most recent unifi infrastructure had a small logic mistake for the generic version.

I also updated the warranty lookup script, the GPO Deployment alternative and the IT-Glue backup script. The last one now also generates an HTML file with the passwords per client, instead of just one general password file. I’d still advise you to be really careful with that one of course.

And last but not least; Github

I’ve finally created some public github repos as per popular request. The github repos can be found here. I’ll try to keep it up to date as much as possible and will also included some of my bigger projects in there; right now I am working on the new Autotask REST API that is going to be released in version 2020.2.

So that’s all updates, I hope you enjoy and as always, happy PowerShelling! 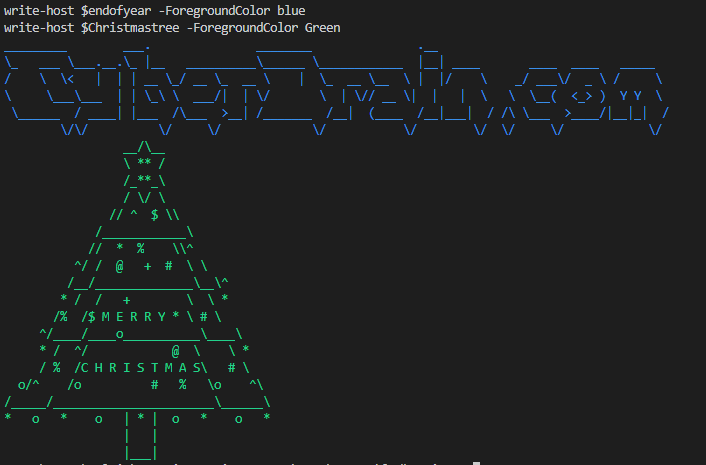 Ending the year with PowerShell: Retrospective